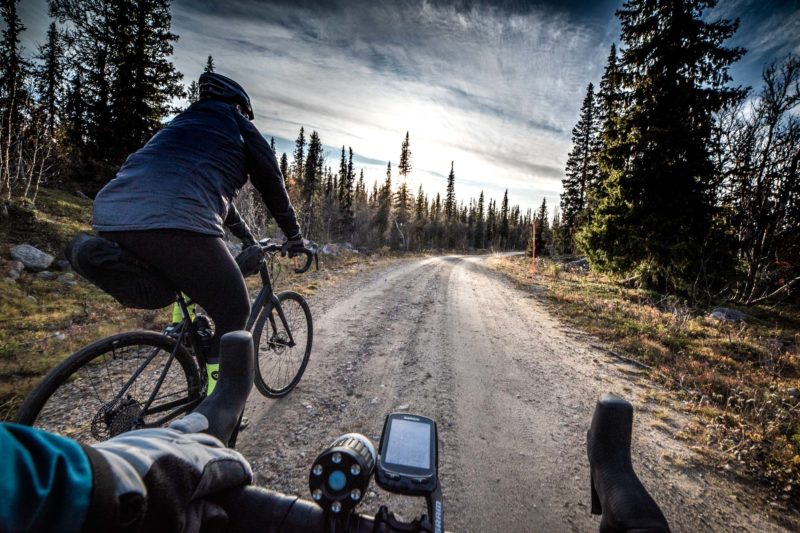 WHAT DO YO NEED - SUMMER

During summer, it’s probably not that different from what you are used to. There are some things to think about, however.
First. This is quite a remote area, so you have to be self-supported and bring tubes, a pump, food, and other stuff during your trip. Be prepared for rain, and even during summertime, the temperature could drop below 10°C.
In the city of Jokkmokk, there is groceries, restaurants, hotels, and an outdoor shop where you can buy some stuff, but don’t expect to find other than rudimentary bike equipment.

WHAT DO YOU NEED - WINTER

Usually, the first snow comes in October or November. These months could be excellent, but ice on lakes could be unsafe. From December to February there is mid-winter. The sun is up just a few hours a day (from mid-December to mid-January, there is polar night) and the temperatures could drop below -30°C. This could seem an odd time to bike, but it’s actually incredible. The snowmobile and dog-sled tracks are hard, the landscape is embedded in snow, and the starry night sky quite often lit by northern light is marvelous.

The challenge is to wear the right clothes. A “deadly sin” is to wear too much; you do not want to get too warm and sweaty because when you stop, you get chilled fast. It’s better to wear thin layers with wool clothes and bring a down jacket, warm hat, and extra gloves.

This is a region with a lot of wildlife! Expect to see a lot of reindeer and even moose from your bike! Reindeer is a friendly animal, but show respect to the mooses. All reindeers belong to sámi reindeer herders, and reindeer herding is an important business in this region. Most often, they run away, however.

This is also bear country. Our bears are shy, so you will probably not see anyone, and if you do – don’t get to close and leave space for the bear, so it does not perceive you as a threat. 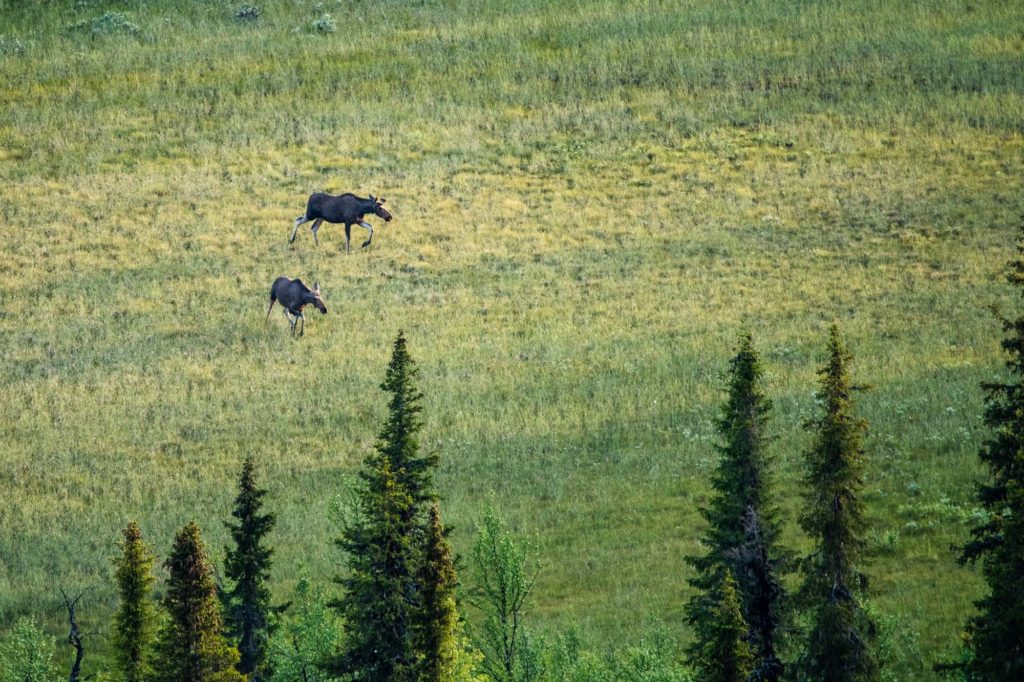 Allemansrätten, The right of public access is a unique right for everyone to access public land. You are allowed to hike, bike, paddle a kayak, climbing and camp in public areas. In order for everyone to enjoy nature, we need to take care of nature and wildlife and show consideration for landowners and others who are outdoors. We can sum this up with the phrase, “Don’t disturb – don’t destroy.”

There are some limitations in the right if public access in some areas (e.g. National Parks, close to private houses), and it’s prohibited to use motorized vehicles in nature without permission. Download the pdf from Naturvårdsverket to find out more!

Note! E-bikes is not covered by Allemansrätten.

WHEN COULD YOU SEE THE MIDNIGHT SUN?

From early June to the middle of July, the sun never sets. Midnight sun could feel a bit strange for someone that has never experienced it. However, it makes this time of the year a truly wonderful time to experience our endless gravel roads.

WHEN ARE THE SEASON FOR SUMMER GRAVEL AND FATBIKING ON SNOW?

We are at the same latitude as the arctic circle, which means that we have long and cold winters, and short and light summers. The bare-season begins during May, but there could still be a lot of snow left on unpaved and dirt roads, as many of them are not plowed during winter.

The region is also large, so there could be big local differences between the lower areas around city Jokkmokk, and areas closer to the mountains. To be sure, I would say that most unpaved routes close to Jokkmokk are okay to bike at the beginning of June. For some routes, such as the Sarek Scenery, you may have to wait until mid-June.
The season ends in late September or early October. 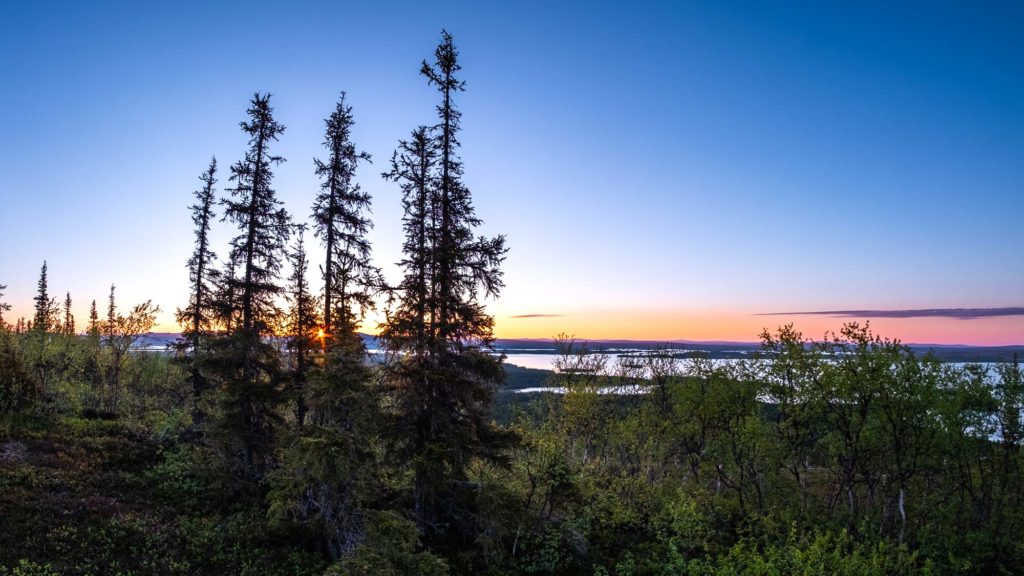 The Fatbike season on snow begins in October-November, depending on weather and snow situation. We could usually start biking on the ice on lakes during late November, but this time you have to be careful as the ices could be thin.

From December to March, it’s midwinter Fatbiking when you have to use light. The temperatures could drop below -30°C, but it’s spectacular, and you can often be enchanted by northern light and a starry sky.
March and April are great months too.

The light begins to return, and during late March and April, the sun melts the top layers of the snow during day-time, which creates a hard crust when night temperatures frezees it all together. April is spring-winter, and many locals think it’s the best time of the year! 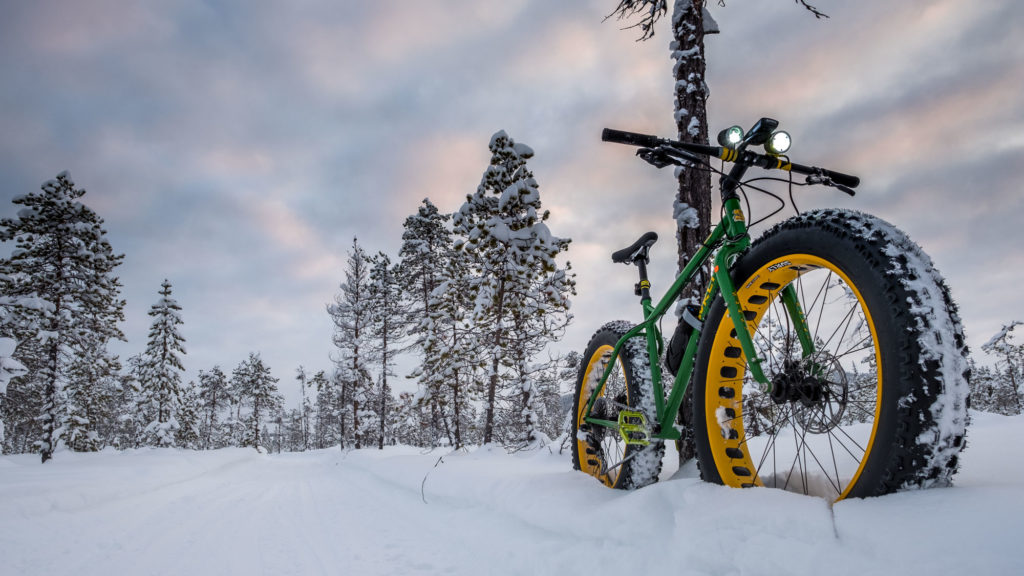